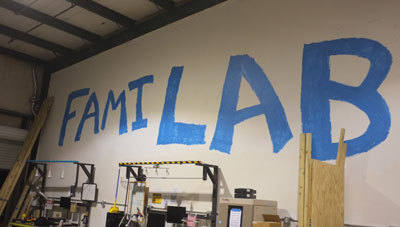 I'm in Orlando for the holidays, so Saturday I decided to check out the local makerspace, FamiLab. Met some great makers who showed me the space and some awesome projects. Also learned that FamiLab stands for Four A.M. Lab, not Family-Lab. Big difference! 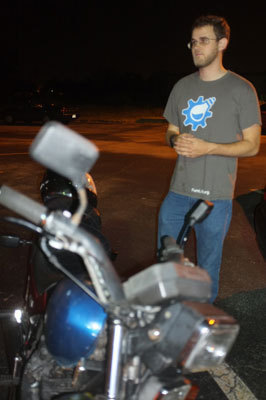 David "Pocky" Sikes has an RFID chip implanted in each hand. He's wired an Arduino into his motorcycle, so it turns on with a swipe of his hand. His front door knows the difference between his left hand and right hand, so it locks or unlocks depending on whether he's coming or going. 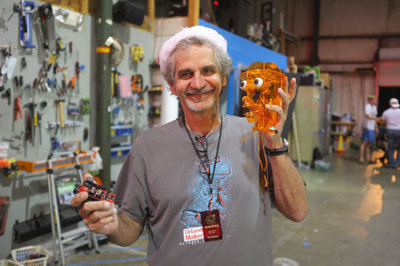 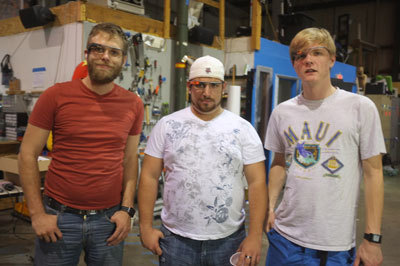 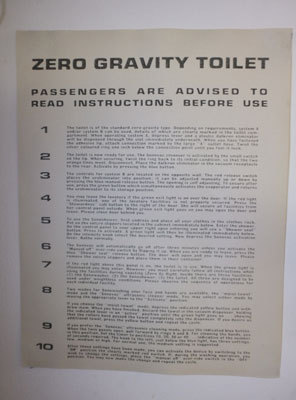 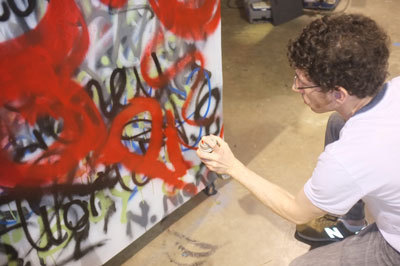 Anyone is free to graffiti the artbox. Dan grabbed a can of red for the Pumping Station:One logo. 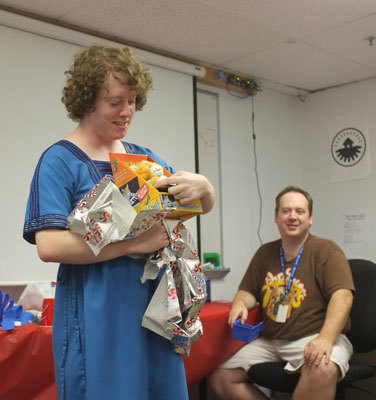 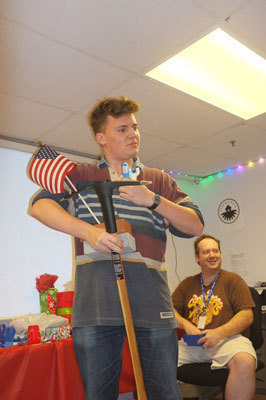