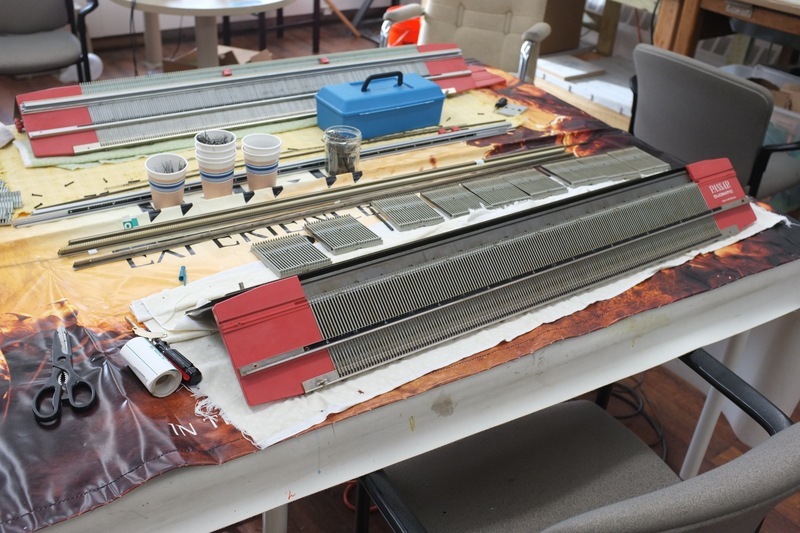 Last month, I received a phone call from Mary, one of the clever ladies who runs the InterKnit Machine Knitters Club. Someone was getting rid of some Passap Duomatic knitting machines, and would I like one? Heck, yeah! I replied, and could you also grab one for Pumping Station: One?

So, two days later Mary drops off two very heavy knitting machines, and several very heavy boxes of carriages, accessories, tension rods, and books. The machines are ancient, crusted with yellowed oil and blackened lint. Luckily, one of the books is "Be Your Own Passap Paramedic", which gave us a starting point to deep cleaning these machines.

The Duomatics (aka "Pinky") are very similar to the later Passap DM80's, which the book covers in-depth. A few things we learned from trial and error:

As we're doing the cleaning at PS1, this has become a group effort. Will and Erica have contributed much time and labor. Dan has really taken on the bulk of re-assembly-- turns out he's a great KM repairman!

Dan noticed early on that the two machines were not identical. I checked the serial numbers against this list posted on Ravelry (citing this vendor doc). One machine was from 1965-1970. And the other machine's number apparently pre-dates the 1961 models, and  has a slightly different design. 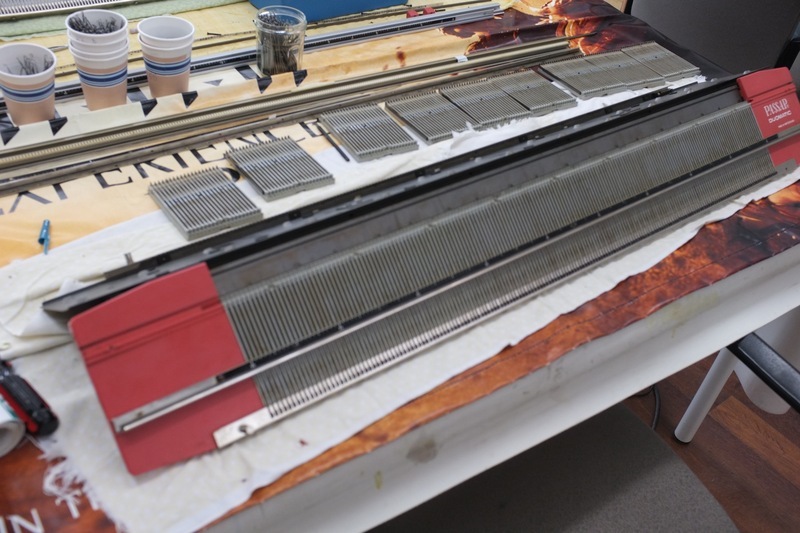 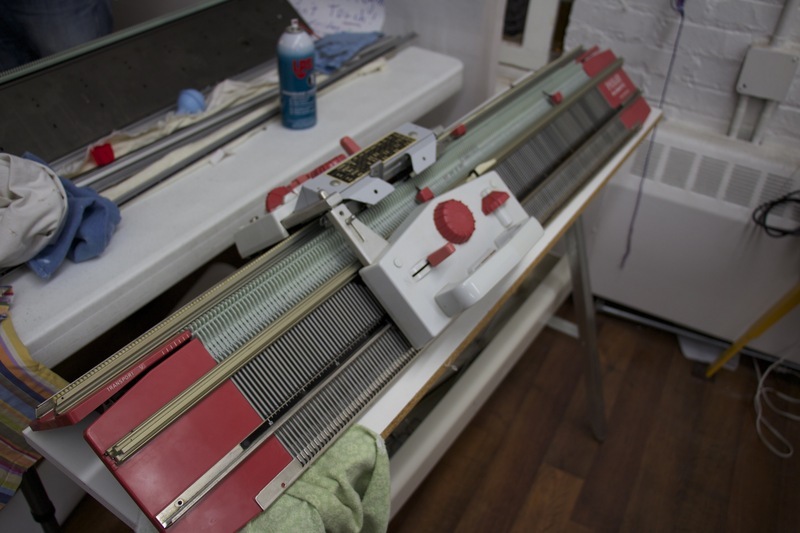 This earlier design, we discovered, is much harder to take apart. There are no access holes for unscrewing the nuts behind the upper rail back bed (such a glaring design flaw, it boggles the mind). Additionally:

The carriages of the two models are not compatible. However, the needles and pushers appear identical.

The images below are all of the older model. 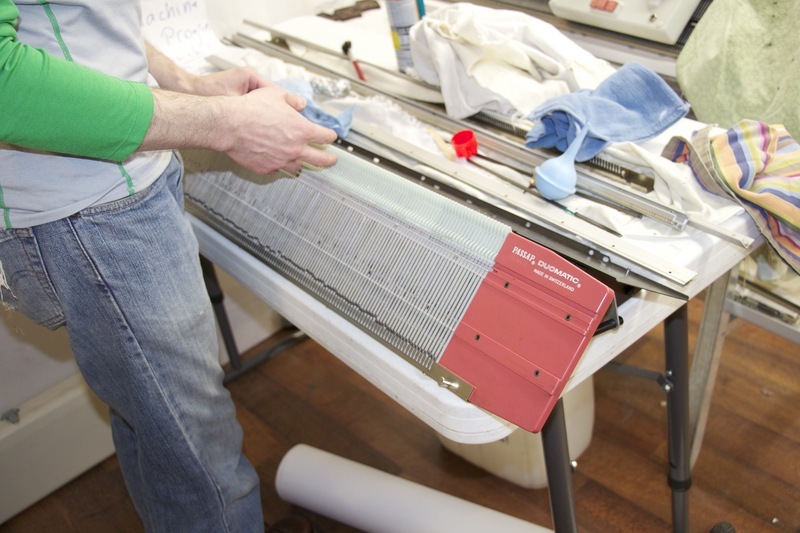 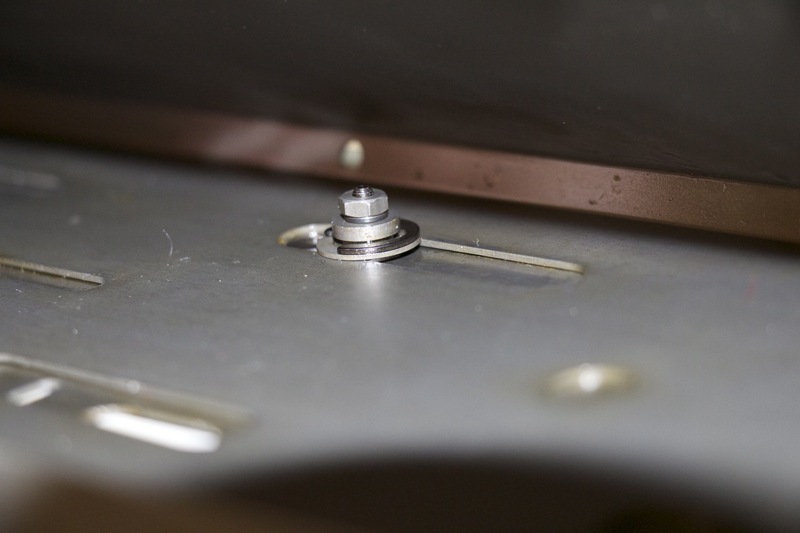 Images of the underside and beds of the older model. Note the order of hardware assembly-- round washer (on bottom, not visible), then large washer with retaining ring, lock washer (split ring), topped by nut. 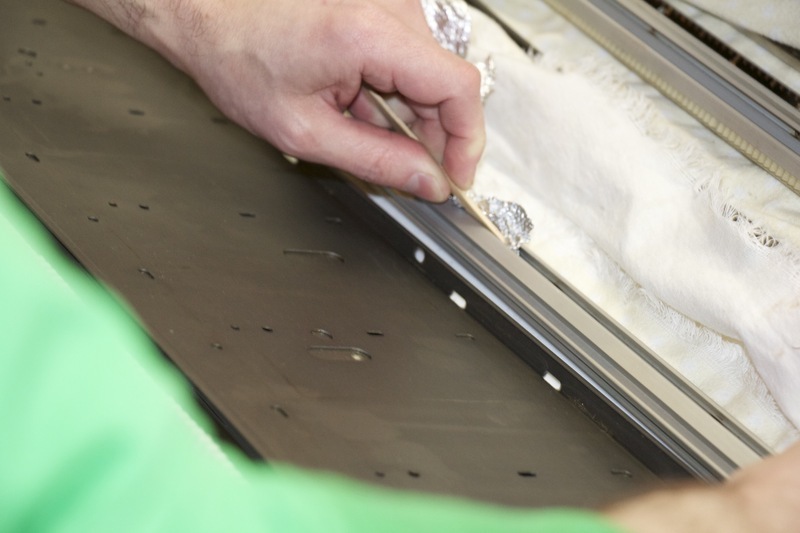 Cleaning the rails out with aluminum foil and a popsicle stick- works well! 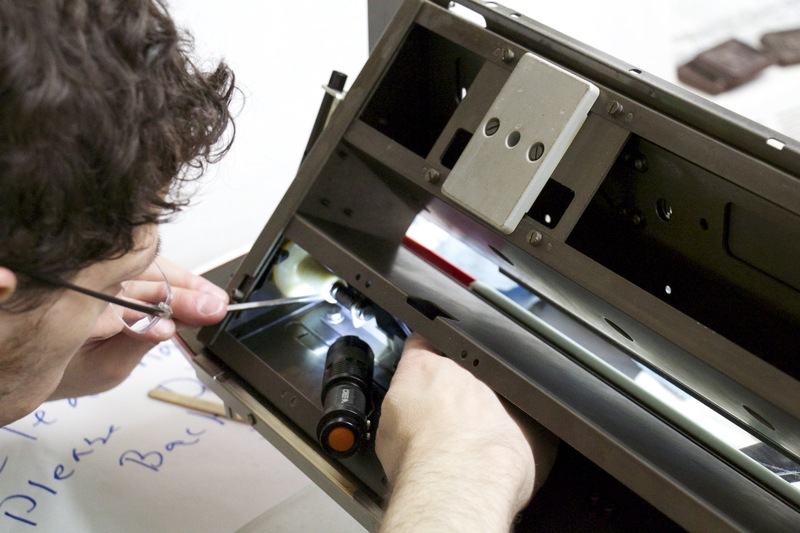 This nut (right end of front bed) was incredibly difficult to access-- removing it easily took as long as all the others combined. No access holes, and no easy way to get a tool back there. Will took it out initially, and that ended his work for the day. I think Dan used The Force to get it back on. 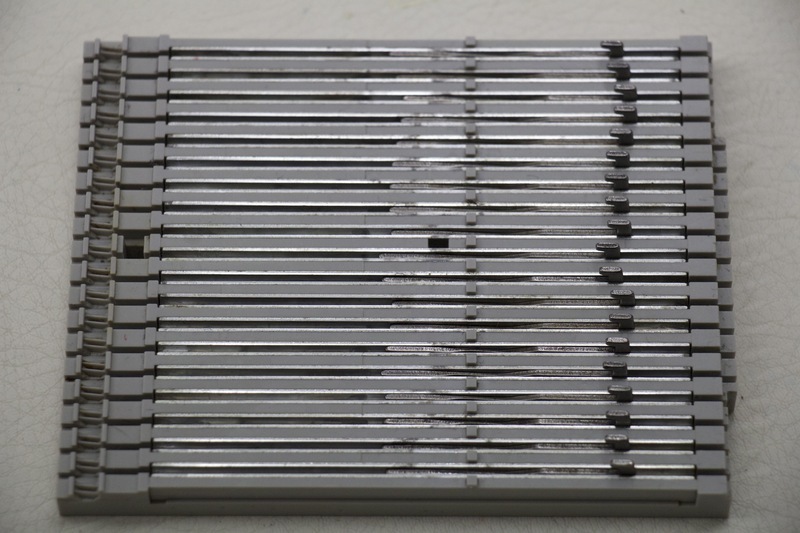 Older model's needle beds. (Sorry, wasn't able to get photos of the newer model needle beds before it was reassembled.) The grid on the backside is a different pattern from the newer, plus the beds have more screw holes. 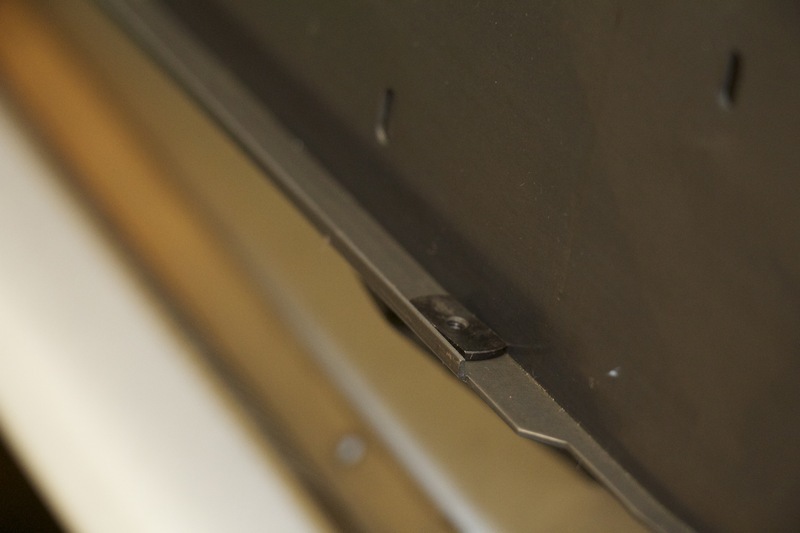 Nuts in place, for replacing the needle gate. 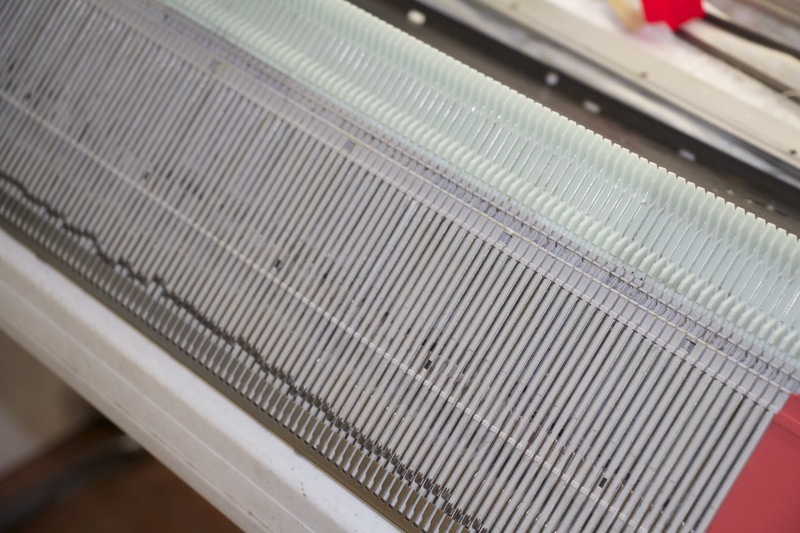